Local pop rock duo Honey Dukes is bringing sunshine pop back to Redlands! Audiences are drawn into the Honey Duke’s groove and fans of all ages find themselves humming those catchy choruses for days! The duo’s original songs have tantalising hints of retro classics layered with quirky chords and emotive lyrics. And they know how to get the crowd on their feet with their original music (and select covers of everyone’s favourites).
Honey Dukes is a Brisbane duo comprising Marc Vincent (guitar and backing vocals) and Jude Calderazzo (vocals). Honey dukes started as a loose pop rock outfit, incorporating slick guitar driven melodies honed over Marc’s impressive rock career and a fresh twist of clever lyrics and textured arrangements brought by Jude.
Honey Dukes has been gigging locally around Brisbane for the past 2 years. With guitar driven live performances, Honey Dukes create a laidback and more intimate vibe with Marc on acoustic guitar, or high energy party vibe when he amps up on the electric. This is a polished and professional outfit that is experienced and reliable.

Check us out on Soundcloud
Joseph Geia

Joe Geia is a renowned First Nation singer songwriter who sounds his heritage and history. “Through his music he asks us not to sustain in mourning but to commemorate, not to rise in anger but to live in hope, and he also asks us to share in traditions that he brings to us through song. His music therefore is music of consequence for all Indigenous people, and for all Australians. “ – Christopher Sainsbury, Music Professor, ANU School of Music.
Joe Geia’s contribution to the arts is highly significant and enduring. As the writer of renowned songs such as Yil Lull and Uncle Willie he remains an active recording and performing artist sharing his Aboriginal and Torres Strait Islander culture through music. 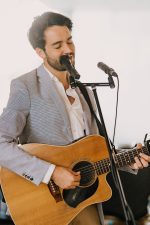 North Stradbroke Island raised, musician and live looping artist Kyle Bryant brings an electrifying, contemporary spin on music like no other. Using the art of live looping, Kyle uses his guitar to strum and drum songs from the classics to today’s hits. With experience in beatboxing, vocal harmonisation and bass playing, Kyle creates a wall of sound with his loop station, keeping audiences entertained for hours!

Little Steely Brothers are a 6 piece band, many of the members live in the Redlands, and we preform several different shows such as “The Best of Little River Band Show”, “The Best of the Eagles Show”, and “Sounds of the West Coast”, or a combination of all.

Four piece all women covers band – We have you covered! Parties, corporate functions, weddings, pubs, restaurants, anything! We can play unplugged or lightly amplified for small intimate parties and bars or bring a full PA and lighting for larger venues and events. Originals band – Quirky, unique music with jazz, blues, world and rock influences, stunning vocal harmonies, exciting song arrangements, a touch of naughtiness and an infectious energy.
Celtic band- With over 15 years of playing Celtic music at Irish pubs, Festivals and St Patricks Days Mama Juju & The Jam Tarts can play all your traditional favourites from Danny Boy to Whiskey In The Jar as well as modern tracks by Van Morrison, The Corrs, The Cranberries and U2.

Known to the World as “The Angel of Australia”, the locals in Redlands call her “Redland’s Songbird. With 14 years of extensive international touring and successful concerts under her belt, Mirusia is one of the most sought after classical crossover sopranos in the world.

At the age of 21, Mirusia was announced as the youngest ever recipient of the prestigious Dame Joan Sutherland Opera Award. After graduation of the Queensland Conservatorium of Music, her career blossomed when she toured the world as star soprano with André Rieu and the Johann Strauss Orchestra for over 10 years. The stadium-size concerts have forwarded Mirusia the most wonderful opportunities of singing before country leaders, royalty and millions of fans and all have marvelled at the clarity, dexterity and the exquisite sound of her voice.

She now tours the world as a solo artist, with sell out tours across Europe and Australia. Her albums always place highly on the ARIA Album and DVD charts, with her albums and DVDs reaching the number one position on the Pop, Classical Crossover, Jazz & Blues and Music DVD Charts in Australia, including her 2021 #1 release “Live in Concert”, filmed at the Redland Performing Arts Centre. Mirusia has appeared on over 20 million DVDs and albums sold across the world together with André Rieu and more recently has collaborated with The Seekers and The Wiggles.

When not touring she invests in the lives of other young, talented up and coming singers; mentoring and producing recordings. Mirusia is also the International Ambassador for the Australian Children’s Music Foundation, the Redland Foundation and Silver Memories.

Graeme Press (Mirusia’s Music Director) about Mirusia: “Her voice is true and pure over her entire range, register and repertoire. Her performances are consistently flawless; being both alluring and charming … and the audience never fails to leave a concert feeling entertained and enriched – A delightful person on and off the stage and worthy of the acclaim and recognition that she receives.”

MIRUSIA IS MANAGED WORLDWIDE BY ROBERT RIGBY AT FIRST ARTISTS 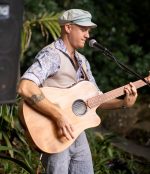 Paula Boo, Minjerribah Island songbird, weaves her acoustic soul through her music and her art. Stories from her Canadian, Lebanese and Norwegian songlines to create a universal and uplifting voice that connects with the ancestors, the oceans, the land and celebrates culture.

An artist, a musician and a scientist by trade, Paula Boo has many a musical and often hilarious story to share through the deep resonance of her connection to community, land, the plant world, animals and spirit and shares what it means to traverse both the creative and logical worlds. She sings from a pure space, she sings for peace, for love and laughter. Wherever Paula Boo is, there is sure to be good times, real talk, tears of joy and heartfelt connection. 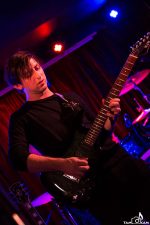 Zac BNJMN is an Australian session musician who is now writing and recording his own music.
Zac has opened for acts including but not limited to: Plini, The Helix Nebula, James Norbert Ivanyi and Dyssidia. Zac is constantly releasing new music and has toured the east coast of Australia.
Zac BNJMN is endorsed by WB Gear & InTune Guitar Picks.
FFO: Polyphia, I Built The Sky, Nintendo Games